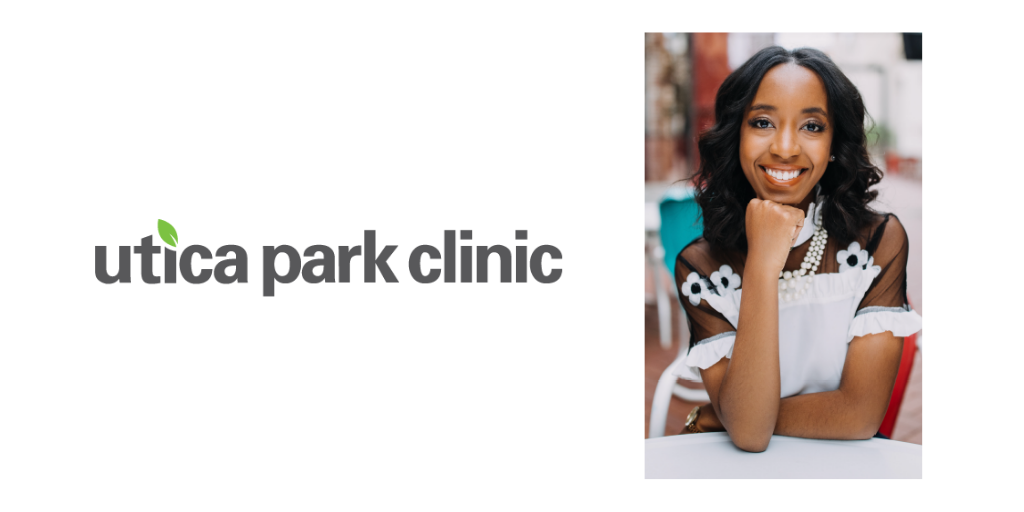 For nearly five years, Alexis Fisher, 27, experienced pain around her menstrual cycle. It progressed to severe suffering within the last few years. Hoping it was normal but knowing something was wrong, Fisher sought guidance from several doctors but never felt her concerns were taken seriously. Then she made the decision to drive two hours to Broken Arrow, to seek care from Utica Park Clinic board-certified obstetrician-gynecologist, Taniesha Buffin, MD.

“When I was 16, Dr. Buffin was my first gynecologist in Oklahoma City,” said Fisher. “When she moved to the Tulsa area, I tried to find another doctor, going to two different gynecologists, but found them to be dismissive. I thought to myself, ‘I trust her,’ so I started seeing her again in 2018 and found her to be one of the only doctors willing to listen and perform an ultrasound for my care.”

While the ultrasound didn’t provide answers at the time, Fisher recalls feeling a sense of relief as Buffin assured her she would monitor her pain to get to the bottom of what was going on.

“Dr. Buffin was the only doctor who took my symptoms seriously,” said Fisher. “I had previously been hospitalized a couple times for the pain, but it wasn’t until Dr. Buffin diagnosed me with endometriosis that I was finally able to connect the dots and understand what had been going on with my health. After years of telling multiple doctors what I was going through, my unexplained pains and other problems had finally been figured out.”

Endometriosis occurs when pieces of the inner lining of the uterus, called endometrium, develop on the ovaries or on the fallopian tubes, vagina, peritoneum or intestine. While endometriosis most often affects women between the ages of 25 and 40, symptoms may not always be present. They can include:

“At the end of 2019 and into the beginning of this year, my periods got to be really painful to the point that I would feel pain in my legs and I couldn’t really walk upright,” said Fisher. “On June 2, I remember being in Dr. Buffin’s office crying because I didn’t really know what to do. Together, we decided that laparoscopic surgery would be the best option to definitively figure out what was going on, and on June 16, I had my surgery.”

During the procedure, a ruptured cyst was found on Fisher’s ovary, along with evidence of endometriosis.

“Due to scar tissue, Dr. Buffin found my right ovary to be attached to the back of my uterus, which was a little disappointing but got me thinking that I couldn’t imagine where my body would be if I had continued talking to doctors that weren’t trying to listen,” said Fisher. “My husband and I want to have children one day, so I am just really grateful and optimistic about what my future now holds. Thank you, Dr. Buffin! The drive was totally worth it!”

Dr. Buffin welcomes new patients and accepts most insurance plans. She offers both in-clinic and online video visits. For more information or to request an appointment, call 918-394-2229.