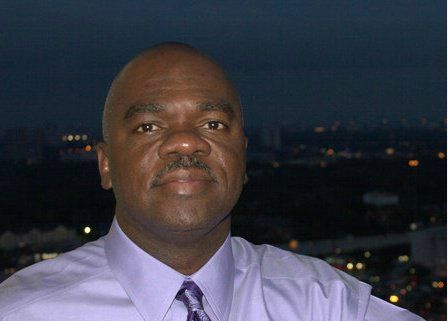 When Stanley Brown and his family moved to Tulsa from Houston, TX more than 20 years ago, he made a life-saving decision without realizing it at the time. He met Dr. Christopher Hunter at Utica Park Clinic – Broken Arrow South. The avid softball player and sports enthusiast was often in the clinic for a broken hand or ankle sprain – not anything you would qualify as a chronic health condition, but Stanley’s  frequent visits provided the two an opportunity to get to know each other. “Over the years, we’ve become friends more than just doctor and patient,” Stanley explains. “It’s really a great relationship. I believe God placed him in my life for this reason.”

“That was my baseline,” says Stanley. “Then a few years later it spiked to 2.5ng/mL.”

At the age of 47, Stanley was still considered low-risk for prostate cancer by traditional guidelines. However, noting a change in his PSA levels from 1.5ng/mL to 2.5ng/mL, Dr. Hunter became concerned and ordered another screening. “The spike stayed up,” Stanley recalls. “Then it was up to 2.7ng/mL.”

Dr. Hunter ordered a biopsy for Stanley and referred him to a surgeon. Stanley says within two weeks of getting that first elevated PSA reading, he received the call that changed his life. “It was positive for cancer,” he says.

The prostate cancer, fortunately, was found in its earliest stages. Stanley decided to undergo robotic surgery to remove the prostate. He was then closely monitored every three months for the following year and a half. “My PSA was gradually creeping up again,” he says of signs of cancer remaining in his body. From .005ng/mL after surgery to .1ng/mL, Stanley opted to begin radiation in January of 2014 - 15 minutes a day for 45 days. Finally, he began a new medication to eradicate any remaining cancer. Today, his PSA level is back down to .008ng/mL from .26ng/mL at the last reading.

Four years later, Stanley celebrates being cancer-free at the age of 51. “All of this came about, because Dr. Hunter was diligent,” Stanley says of crediting Dr. Hunter with early detection of his prostate cancer. “I give God thanks first, but secondly to my doctor. I honestly believe that saved my life.”

To find a Utica Park Clinic provider near you, please click here or call 918-579-DOCS.