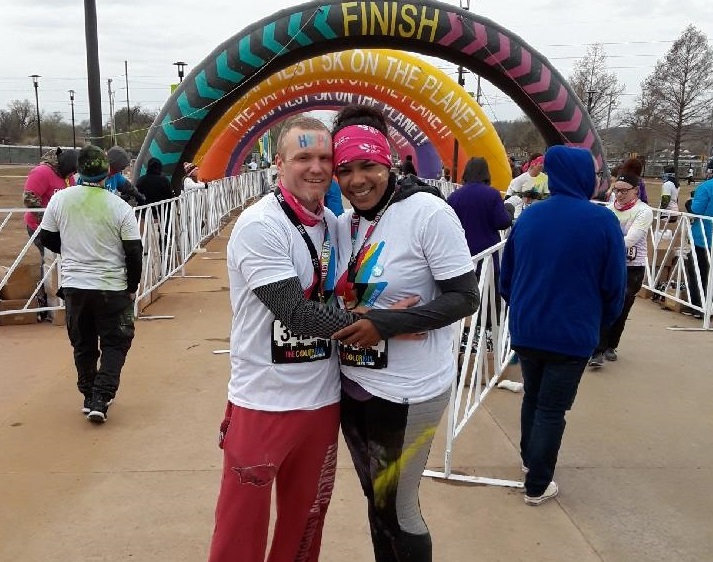 Scott Woodward, an electrical engineer in Oklahoma, was an average, healthy 39 year old man until recently. In mid-2017, he began experiencing discomfort in his testicles, leading him on an unexpected journey.

Many months passed before Woodward sought medical care. “Like most men, I refused to accept that there was an issue, so I waited an extremely long time to see a doctor,” he explained. “I had a very swollen, abnormal testicle for more than six months before I finally went to the doctor. By the time I did, it was bad enough that she wanted me to have an ultrasound done that same day. Before this, I had not seen a primary care physician in over two decades. Not being a big fan of going to the doctor is what led me to where I am now.”

Woodward was referred to Dr. Melanie Ketchandji, urologist with Utica Park Clinic. “I was diagnosed with testicular cancer,” he stated. “Dr. Kethchandji wanted me to have surgery as soon as possible. My first appointment was on January 30 and 10 days later I had the surgery where the tumor was removed from one of my testicles. From the ultrasound to the surgery, they did a great job with identifying the problem and making sure everything went as smoothly as possible.”

Surgery was not the last step in Woodward’s battle with testicular cancer. “After receiving the pathology report, it was determined that I needed chemotherapy,” he explained. “Based on the fact that I waited so long to have myself checked out, this meant there was a potential for the cancer to spread. After the surgery, I had all of the routine ultrasounds and blood work, which showed no signs of cancer. Even so, the pathology report recommended I pursue a couple rounds of chemotherapy with carboplatin.”

Woodward’s treatments began shortly after. “My first round of chemotherapy was six weeks after my surgery,” he said. “I received my last treatment on April 13 and am now in the surveillance phase. I responded very well to chemotherapy and hardly had to take any medication. I didn’t lose any hair, I was able to stay very hydrated and I barely had to miss any work. In my follow up session before the second round, where they check to see how your white blood cell count is, everything was in its proper range.”

Moving forward, Woodward encourages men of all ages to visit their doctors if they are experiencing any abnormalities. “The best advice I can give anyone is to get yourself checked more often,” Woodward stated. “There’s no reason you shouldn’t see your doctor. If I had gone three months earlier, I might have been able to have the surgery and could have avoided the chemotherapy altogether. I know it can be scary and not everyone feels comfortable going to the doctor, but it can save your life. I plan on talking to my nephew about this very extensively because I do not want him to go through the same thing I did. I will be encouraging all of my friends to get checked and to be consistent with their self-exams.”