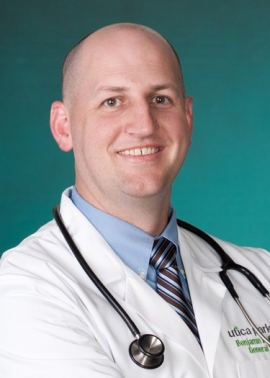 Benjamin Kamp, DO, FACOS, has been a general surgeon in Oklahoma since 2010. He became a Follow of the American College of Osteopathic Surgeons in 2018.

Dr. Kamp earned his Bachelor of Arts degree at Vanderbilt University in Nashville, Tennessee in 1998. He received his Doctor of Osteopathic Medicine degree from the Oklahoma State University Center for Health Sciences in Tulsa in 2005. He completed his internship at St. Anthony’s Hospital in Oklahoma City in 2006. He completed his general surgery residency at Michigan State University, Botsford Hospital in Farmington Hills, Michigan in 2010. Professional organizations of which he is a member include the American Osteopathic Association, American College of Osteopathic Surgeons and the Oklahoma Osteopathic Association.