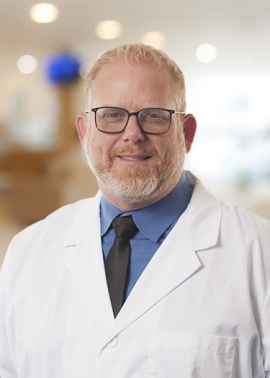 John Line, PA-C, has practiced orthopedics since 1996. He chose this specialty because he has an athletic background which allows him to relate to his patients. “As a former athlete, I’ve had my share of injuries and surgeries,” he said. “I know firsthand how frustrating it is to be down and inactive. When I decided to go into medicine, I thought it would be a great opportunity to combine my interest in athletics with my passion for orthopedics.”

Mr. Line’s care philosophy emphasizes the importance of meeting the needs of his patients. “Consumers have options when choosing their health care provider. They want quality, affordable health care that is convenient,” he said. “It is my responsibility to provide you with the service you are looking for.”

Following his military service, he earned a Bachelor of Science degree as Physician Assistant from the University of Oklahoma Health Science Center in Oklahoma City, Oklahoma in 1996. Prior to joining Utica Park Clinic, Mr. Line worked in orthopedic surgery at Jane Phillips Medical Center in Bartlesville, Oklahoma and Coffeyville Regional Medical Center in Coffeyville, Kansas.

When he is away from the office, Mr. Line enjoys music and all activities involving the outdoors including hunting, fishing and grilling.