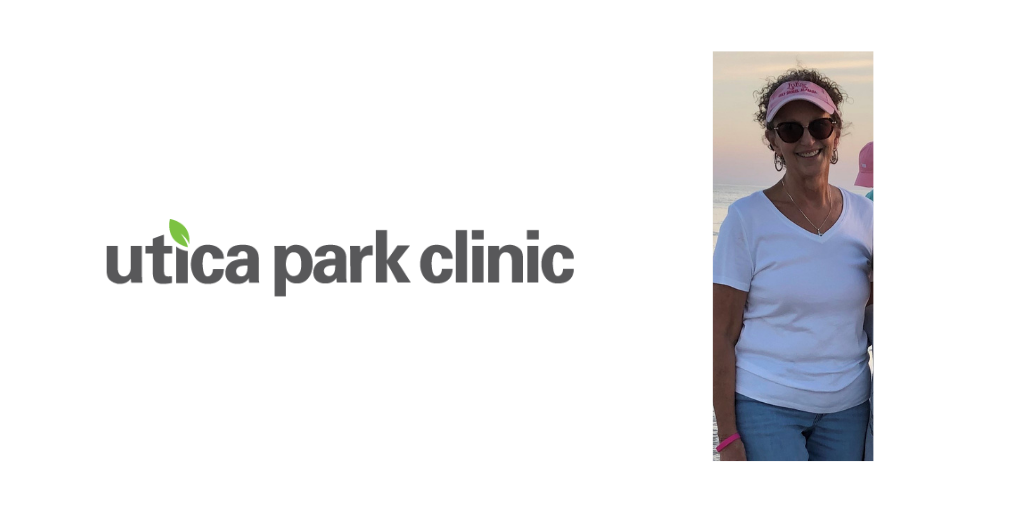 Jackie Webb was accustomed to getting a mammogram each year without incident. Unfortunately, in March 2016, her results raised a red flag. After an ultrasound revealed that the tissue was suspicious for cancerous cells, Webb immediately called her niece, Tara Wilson, M.D., FACS, with Utica Park Clinic in Tulsa.

Dr. Wilson discovered a mass in Webb’s breast. (Webb was aware she had dense breast tissue and was unable to detect a lump during self-exams.) Dr. Wilson scheduled a biopsy of the abnormal tissue. After the procedure, Webb received a call from Dr. Wilson and the news was not what she had hoped for. She was diagnosed with stage III invasive ductal carcinoma.

Knowing she would have to battle cancer, all Webb could ask is, “what do I do?”

Webb’s medical team, Dr. Wilson and Utica Park Clinic medical oncologist Leslie Walker, M.D., formed a plan of action and prepared her to fight. Her multidisciplinary treatment program would include chemotherapy, radiation and multiple surgeries. She was scheduled for chemotherapy from June to September 2016 and chose to have it performed at Hillcrest Medical Center.

“Chemotherapy changed me,” Webb said. “I’m a people person, but during my treatments I did not want to be around anyone.” She also went through hair loss during the process. To provide extra support, her husband, son and grandson all shaved their heads. Webb also had the opportunity to shave her daughter-in-law’s head and the hair was donated to a children’s cancer organization.

Facing several surgeries and chemotherapy was tough for Webb, but the radiation was especially challenging.

She concluded her chemotherapy in September of 2016 and had her implanted port removed soon thereafter. December 19, 2016 was her last day of radiation, and she has had no evidence of the disease since.

She thanks her medical team at Utica Park Clinic and her radiation oncologist for making recovery possible. “I thought since I was Dr. Wilson’s niece, I was receiving VIP treatment,” Webb said. “After speaking with the whole team, it’s clear that Dr. Wilson and Dr. Walker treat all of their patients this well. Each patient has a plan tailored to their individual needs.” Webb now meets with Dr. Wilson and Dr. Walker every six months and has mammograms twice a year.

Through it all, it was the unwavering encouragement from Webb’s loving husband of 32 years, Kent, that kept her going. “He is my person and we endured it all together,” Webb said.

Additionally, the community of breast cancer patients and survivors across the country helped her understand that she wasn’t alone. Webb now feels she has the power to motivate other women in the same situation.

Since 2016, she has prioritized staying active while traveling, fishing, camping, quilting and spending time with her grandchildren. “Try to remember that healing isn’t just physical,” Webb said. “Keep your mind as healthy as your body. God has got this!”

To schedule your mammogram in Tulsa, Claremore, Cushing, Henryetta, Owasso or Pryor, call 918-268-3565 or click here for more information.